The White Crown of Purity and the Red Crown of Martyrdom.

I believe we know the latter pretty well, concerning our Franciscan patron, but what will help us delve more deeply into our final days in Warsaw can best be framed through the lens of Mary’s great FIAT and what that meant in terms of how we are called to interpret our desires and act accordingly. Sr. Caryn Crush’s story has intersected our small pilgrimage contingency in a manner akin to sheer Divine Providence, and today has proven to follow that model quite nicely.

This morning, my host family father, Mark asked Michael, Fermin, Sr. Caryn, and I to accompany him (it’s all he could fit in his car!) to a special community founded from the inspiration and mystical vision of St. Faustina Kowalska. Though she never lived to even see the onset of such a task as establishing a new religious order, her secretarial skills concerning the Divine Mercy laid the foundation and law for the Sister Servants of Divine Mercy. As we read her famous Diary, “Divine Mercy in My Soul”, we found intense detail concerning this religious order of sisters, but she knew it would not be able to come to fruition until after the Feast of Divine Mercy was established in the Universal Church.

On April 30, 2000, at St. Faustina’s canonization Mass, Pope John Paul II established Divine Mercy Sunday for the Sunday after Easter, thus fulfilling Christ’s request and opening the doors for this new Congregation of Women to be founded. What we encountered upon greeting the first sister was almost verbatim to what St. Faustina envisioned exactly 80 years ago this year! Here’s just a small snip-it from her diary:

“Each sister will have a separate cell, but life will be communal as regards prayer, meals and recreation. Each nun, after her profession, will no longer see the world, even through a grill, as this will be covered with a dark cloth, and even the conversations will be strictly limited. She will be as if dead, not understood by the world and not understanding the world. She is to stand between heaven and earth, begging God constantly for mercy on the world and that priests be empowered so that their words be not empty and that they, in their extraordinary dignity and so exposed to risks, might keep themselves completely stainless. Though these souls will not be numerous, they will be heroic souls.” (paragraph 538)

The grill with the dark cloth hiding these devoted souls from us was the first thing we saw, and other than the few nuns charged with welcoming guests and answering their questions, we discovered they usually only have guests visit on Sundays. We were received with opening Mass at 8am (meaning a 7am departure to arrive on time!), then their intense time in Adoration and Morning Prayer (all in Polish and Latin!) I felt like I was walking in the footsteps of saints like never before, and the inspiration was leaving me speechless. With Fermin and Michael gracing us on this journey as seminarians for the Archdiocese of Louisville, it felt even more appropriate for them to meet such beautiful souls whose most basic task were to intercede for the strength of Catholic priests!

They didn’t allow video to be taken though, so pictures will do for this journey! They really are as cloistered and apart from the world as I describe, and before you consider the unusual concept of being completely shut off from everything, know this. These men and women religious are appealing before God in Heaven every single moment of every single day for the salvation of souls. If we really believe what we say we believe, then their prayers are what is keeping the Justice of God at bay. Here’s hoping Pope Francis doesn’t feel the call to establish a Year of Wrath next year…just kidding, but seriously!

Sr. Caryn Crush’s courageous work with the Sisters of the Fiat here in the Archdiocese of Louisville is something to be commended and encouraged. Please keep her and her community deeply in your prayers, that more young women feel the call to discern their vocation with the Sisters of the Fiat. This is a very young community, but the spirituality and beauty behind it is deeply relevant for our culture’s desperate state. We NEED this message of hope and positivity, and the presence of a consecrated religious has completely changed our group’s attitude on this pilgrimage. The blessings God has given us began when we gave our own Fiat to going last December, but when God brought the Sisters of the FIAT with us, in just 10 days mind you (that story will come soon!), we felt a great shift in God’s providential workings.

No wonder tonight’s grand celebratory conclusion to the Days in the Diocese took place at the new Temple of Divine Providence in downtown Warsaw! St. John Paul the Great consecrated the cornerstone for this massive church in early 1999 just after it began construction, and today, it is almost complete! For the Year of Mercy on this World Youth Day pilgrimage, our group decided to leave extra early to beat the crowds to the mainstage. And wouldn’t you know God blessed our efforts with a spot right on the barricade as close as we could possibly be without special security clearance! It made for an amazingly relaxing afternoon of dancing, lounging around, praying, and singing our hearts out for the glory of God’s Divine Intimacy!

The joy we encountered peaked at the Holy Sacrifice of the Mass with the Archbishop of Warsaw Kazimierz Nycz, and I even helped translate his homily via the English radio on Natalia’s sister Dominique’s iPhone! Then the explosion of Mercy as we encountered Christ again in the Eucharist, where the Host was taken straight to us on the holy barricade, where we could actually kneel right there to receive Our Lord in all His Glory?!

YES, this is the LIFE we live, and that Fiat is filled to the brim with the merciful love of Christ! We wrote our personal intentions with our signatures and dates on a special card included in our program, and in full procession after the closing hymns, we marched victoriously through the grand “Gate of Mercy” to leave them at the feet of Our Lord in His Divine Mercy. It was the single largest image of Divine Mercy I’ve ever seen, and passing through that gateway was like leaving behind my old life and embracing my new and glorified life, though this is somehow STILL only a foreshadowing of our ultimate encounter in Heaven! Hope was amazed that this is the first and only time World Youth Day had done something quite like this which such a sharp focus on Divine Mercy, but that’s the working of Divine Providence for you!

And that’s what Kristin noticed most clearly when she looked back to see the OCEAN of humanity behind us. It was Christ feeding the four thousand, only He was there to feed much more than that this time! His Gospel has spread to the four corners of the globe, and we were there with our four pillars of the Circle of Life to bear witness to such an authentic Manifest Destiny that not even the United States of America could compare.

My patriotism only extends to Christ before He fulfills such liberating origins and banishes any unhealthy nationalism that may remain. And with such authentic freedom, I could only dance like a child dances in the rain, with reckless abandonment in the arms of our Merciful Father who loves us! Kristin’s joy found Michael in his Catholic dance that overtook the crowd, and our voices once more lifted up in jubilation at the sound of “Blessed Are the Merciful”. What a day and week this has been!

Ah, but the pilgrimage is only halfway complete! Poland is still fully alive in our hearts and minds, and we are steeped in their rich culture. My Lord it is overwhelming and we are still ascending the Mountain of Transfiguration. Yet, Christ is already beginning to shine so brightly we are nearly blinded by His Glory! Only the humbling experiences of our daily struggles can keep us in check, especially as we prepare ourselves to leave for Krakow starting tomorrow evening.

Say a prayer for us all everyone, and say a prayer to Sts. Jude and Rita, along with all our saints, so that we can get into Auschwitz Concentration Camp for the halfway point that is sure to engrave its indellible mark on our souls in ways only the Catholic priesthood and consecrate life can overtake. The terror of sin requires our attention and energy to fix, but to witness the horror is only possible because of our belief in the Resurrection, and in celebrating that GOOD NEWS, we find the energy to witness and render a more life-giving and Christ-centered culture!

The Purity of Desire then rests in our ability to set aside the negativity, division, and uncomfortable truths we face in our relationships with one another. It is overcoming our feelings and attractions so that we can humbly and authentically commit ourselves toward the eternal good of another person, not just for our own good.

Christ’s entry into death, the Red Crown of Martyrdom is what purified our relationship with Him and gave us the ability to be joyful and excited that He came back from the dead to meet us face to face! We often say “We live in a broken world” but we’ve forgotten that it’s been redeemed! We are capable once more of loving other purely for their own good, and THAT is the White Crown of Purity!

The relationship has been restored everyone, and we need only to embrace Him in His Divine Mercy! Yes, it’ll take us many weeks and months to fully process the implications of these sacred weeks, but just keep reading and praying, and I know God will surprise us all over again. We just have to TRUST IN HIM to take away our sins and purify us so we can be white as snow!

Until we meet again!

In Christ, for Love and Life! 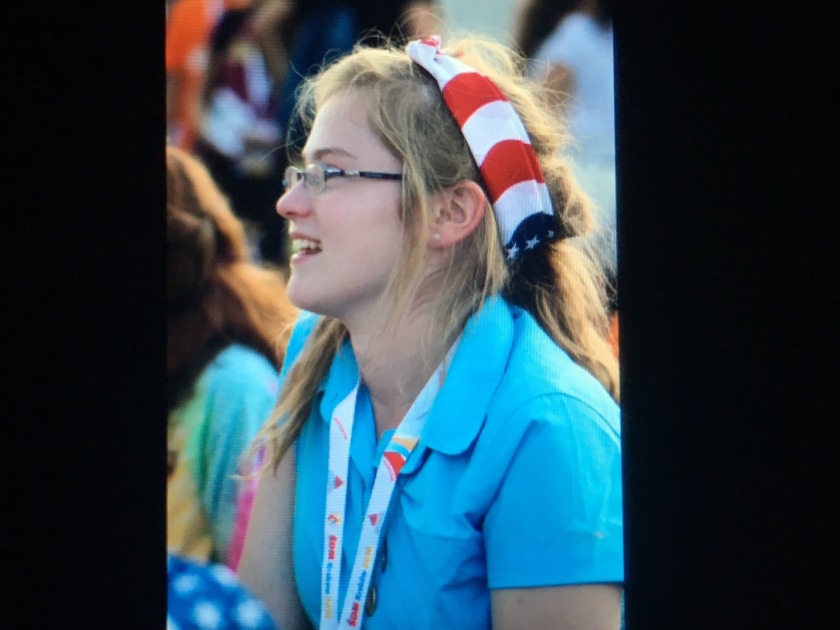 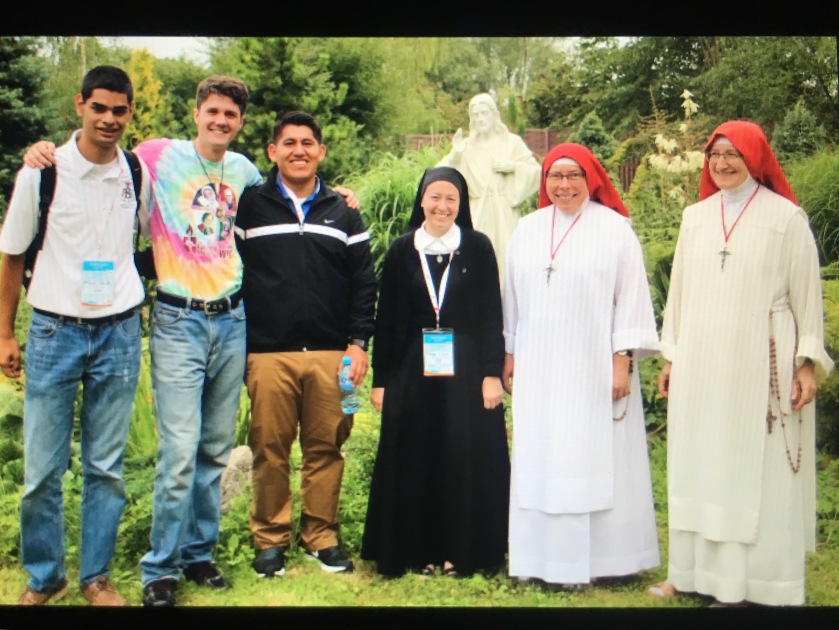 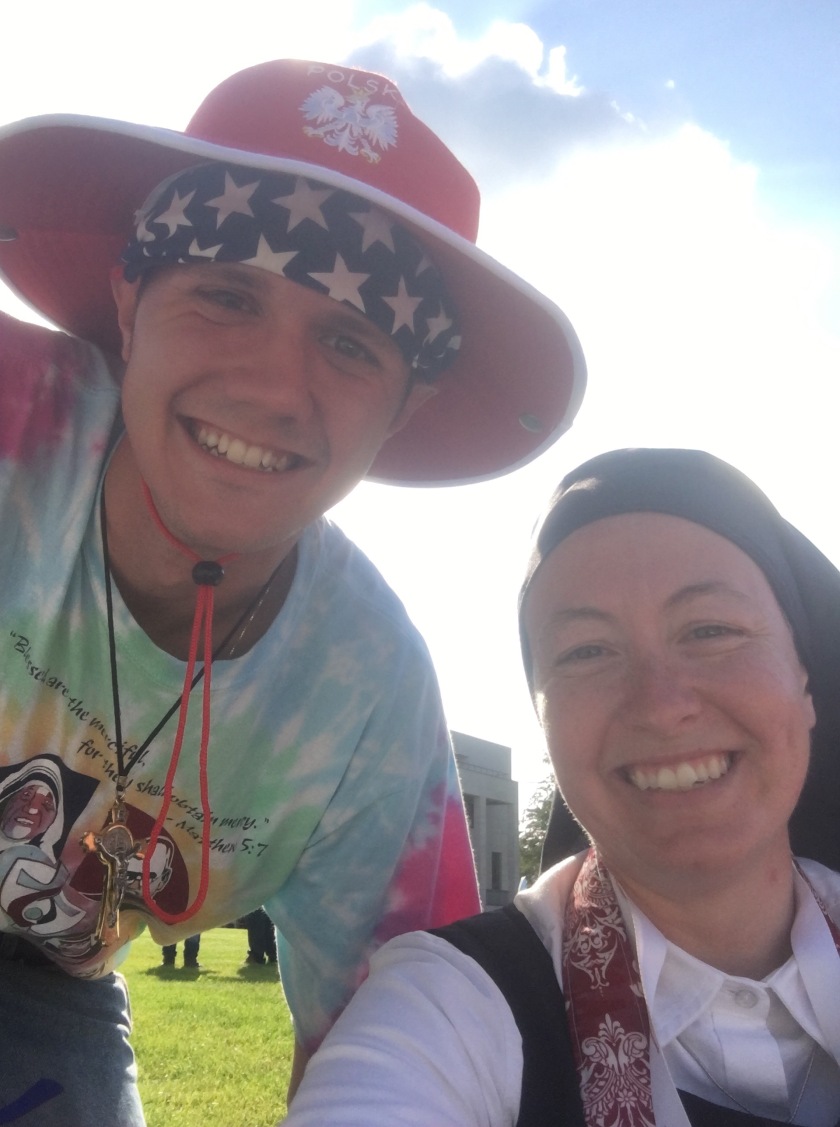 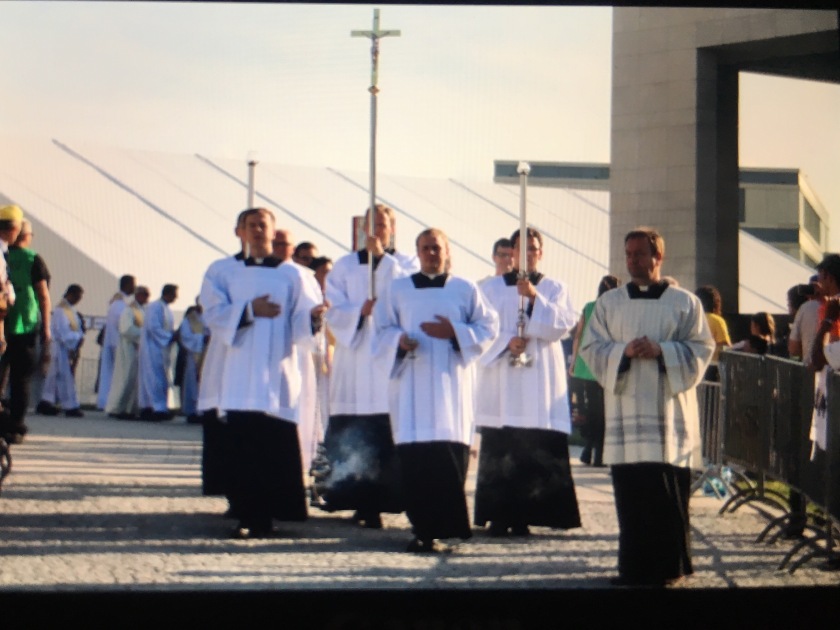 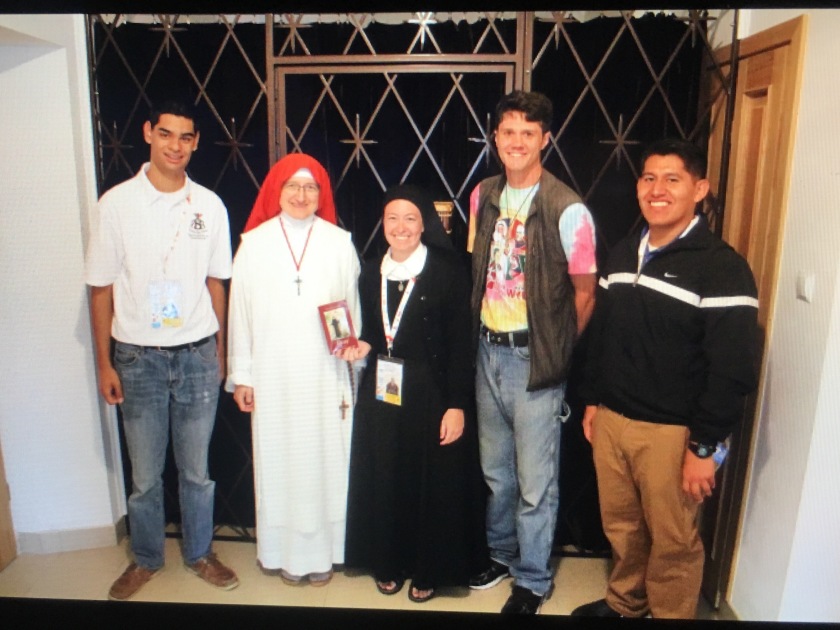 One thought on “Day 6 – Purity of Desire”